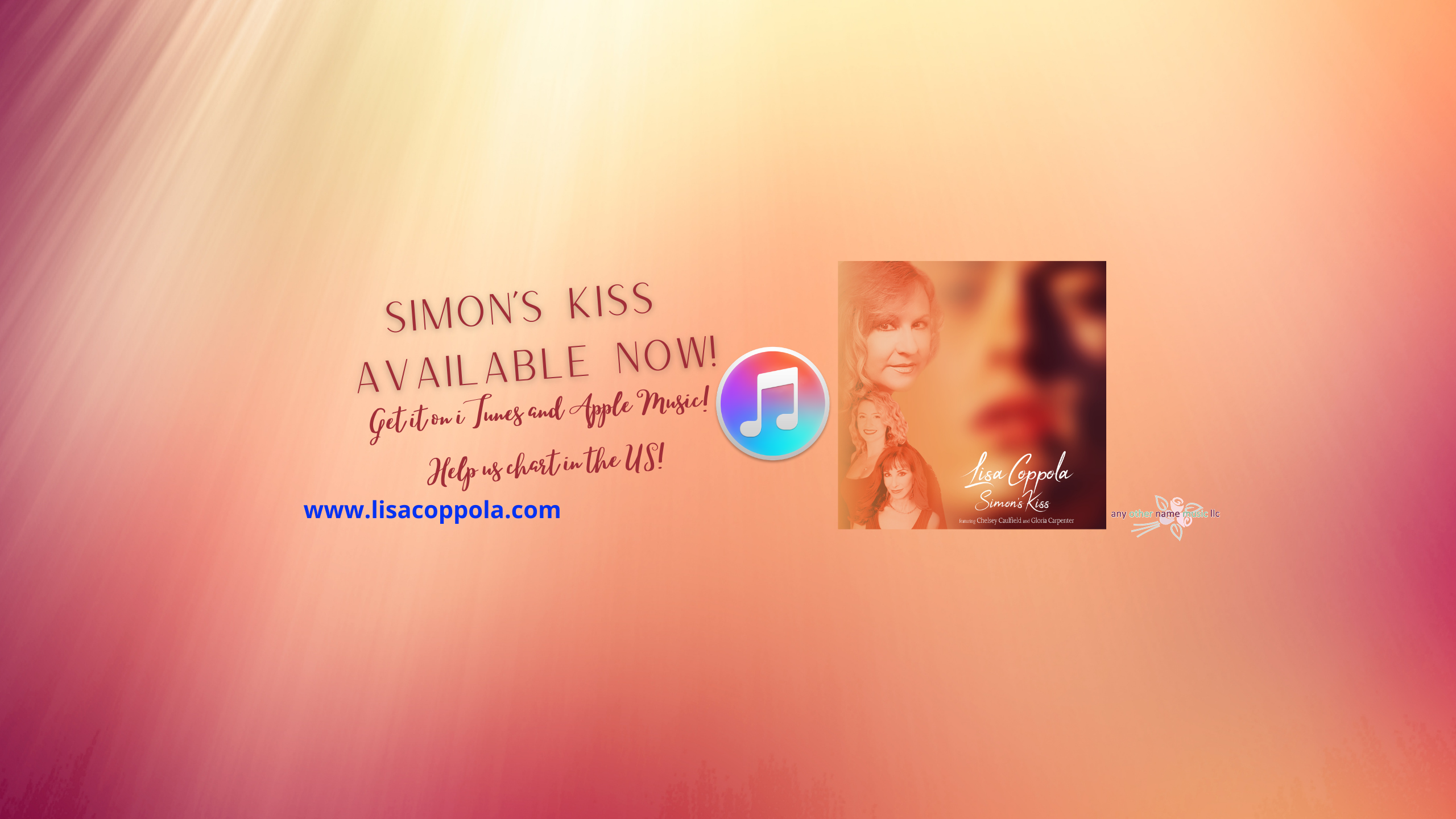 ELEVATOR PITCH:
There is a new single recorded which is ready to be mastered.  It's entitled, "Move On" and it is an orchestral rock duet performed with Al Spinelli.  Stay tuned for an early 2023 release!

Lisa Coppola is a lifelong Jersey Girl who is a dedicated & gifted singer/songwriter/performer blurring lines between love-gone-bad country, Americana, confrontational Rock & the Blues. The power and range of Lisa's voice mesmerizes whether she is performing live or on a recording.  LISA's backing vocal performance history includes many major artists including Billy Joel and Billboard, iTunes, and Amazon chart topping artist Oliver Sean as part of his Real Indie Project. As of January 2021, Lisa is a chart-topping artist in her own right!

Lisa's song "Simon's Kiss" was nominated for Best Musical Event in the 2021 Josie Music Awards and the video won Honorable Mention in the River Film Festival! In January of 2021, the song hit #35 on the iTunes Rock Singles chart and #62 on the iTunes Rock Singles in the UK!  Lisa produced and edited the "Simon's Kiss" video as well as having co-written the song with Mike Walsh.

There is a new single recorded which is ready to be mastered.  It's entitled, "Move On" and it is an orchestral rock duet performed with Al Spinelli.  Stay tuned for an early 2023 release!

LISA COPPOLA is a dedicated, ambitious and gifted singer/songwriter. A life-long Jersey Girl with a four and a half octave vocal range, Lisa has a passion for music and has developed a style that blurs the lines between love-gone-bad country, Americana, heartfelt, confrontational rock and the Blues. LISA COPPOLA is the Josie Awards 2017 winner in the category of Modern Country Song of the Year by a Female Artist for “Just a Little Time (Coppola/Taglieri).

Performing since she was 16, Lisa began her professional career not too long after high school with The Party Dolls, a very popular, long running New Jersey party band fronted by three women featuring choreography, wigs and fabulous costumes. 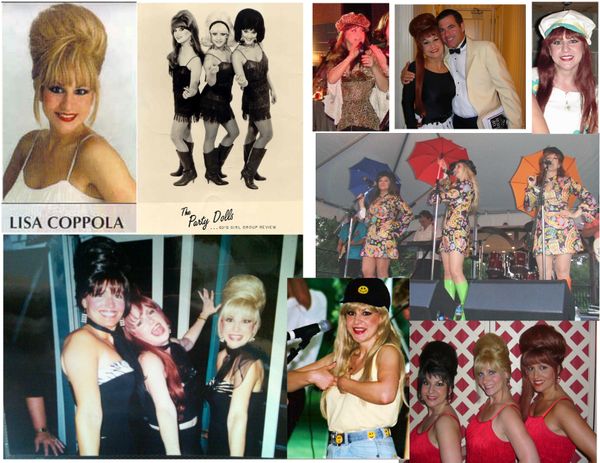 At the same time, she set out to be a solo artist but soon formed the band Broad with John Zonars, musical coordinator for Saturday Night Live. Their album BROAD: HUMAN CONFLICT (ArtBeat Records distributed by BMG/Aris) enjoyed a string of successes in Europe. Broad did a media/concert tour in Germany in support the record and were received with open arms by extremely enthusiastic German audiences. Back home, BROAD became a hot New York live act, playing regularly at Manhattan’s Brownies, A/k/a, Spiral, The Bitter End as well as appearing at the World Cup Tournament at Giants Stadium.

A Rose By Any Other Name, Lisa’s debut solo album came next. Released on indie label Any Other Name Records, Lisa co-wrote six of the tracks featured on the album.

For the release of Contemporary Country Rock EP, Wisdom from the Pain, Lisa co-wrote the title track with Mark Conklin and former Spin Doctor Anthony Krizan. Krizan also co-wrote the lead-off track on the CD with John Waite entitled, "When You Were Mine" which Lisa was thrilled to cover. At 12/3/17 “When You Were Mine” is #1 on New Visions Radio’s Top 10, which is featured in The Radio Indie Alliance worldwide chart! The news of Lisa's version of the song "When You Were Mine" was featured on the front page of the official European John Waite fan site.

"Wonder If" is available on Backroom Blues Volume Two on Bongo Boy Records released in April 2016. This was a collaboration between Lisa and the entire band RB3 The Red Bank Blues Band and it enjoyed HOT designation with KKBOX, Asia's version of YouTube.

"Stuck to My Shoe” is available on Backroom Blues Volume Three on Bongo Boy Records released in July of 2016. The song was written by Lisa Coppola and Robert Stephen Viola. "Stuck to My Shoe" hit the #1 position at Indie Rock Nashville 101 in October 2016, then again in May 2017!

“Now That You’re Gone” is now available on Awesome Big Hair Bands Volume One on Bongo Boy Records. This is a song originally recorded in 1989 and has all the elements of Rock Opera you could ever hope to hear! It was produced by David Rosenthal, who is currently Billy Joel’s Keyboardist and Musical Director. Written by Lisa Coppola and Anthony Michelini.

Not just a songwriter writing solely for herself, LISA co-wrote "You Were Mine" with Mike Walsh on his band Departure's album entitled "Open Your Mind" selling over 40,000 copies in the UK and Japan combined (Escape Music.) Lisa and Ray Powers, frequently charting indie artist, co-wrote "Let's Make a Date" released by Megan Pennington on Mad Hands Records and topping indie charts around the world.

LISA’s performing credits include backing vocals with Billy Joel on Saturday Night Live (“River of Dreams” and “All About Soul') as well as Billy’s "All About Soul" video. She has sung with Oliver Sean as part of his R.I.P. Real Indie Project which charted at #8 on the Billboard Blues Album Chart.  Lisa has also sung backing vocals with Pat Dinizio (The Smithereens), Marshall Crenshaw, John Eddie, Glen Burtnik (Styx), and Mitch Malloy. She has opened for acts like the Smother’s Brothers (to a full house at PNC Bank Arts Center), The Charlie Daniels Band, and performed as a member of all female Beatles tribute The Sheatles, Heart tribute Queens of Heart Band and 1980s party rock band Atomic Mary.

“Perfectly Imperfect" is available now!  The tracks are alt-country-blues, and even features a bonus track recorded a long time ago which hails back to Lisa's hair band days! 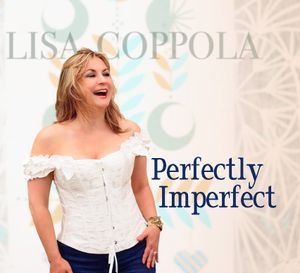 LISA is a Voting member of NARAS

Lisa Coppola
“Save Us” Single

Hailing from the Garden State of New Jersey, Lisa Coppola is no stranger to music purists in the Northeast. Her diverse resume includes playing and contributing her talents with the likes of Billy Joel, Marshall Crenshaw, Philly's John Eddie, Mitch Malloy, Glen Burtnik (Styx) and the Charlie Daniels Band. She has also played some of the most legendary NE clubs including The Bitter End in NYC and the Jersey Shore's hottest spots. Nashville is calling!

Her new single and video, “Save Us”, from her upcoming LP, “Perfectly Imperfect”, pictures Asbury Park in her eyes and makes you feel like you are standing there watching as the imagery of the story line and music are perfectly blended. Her powerful pipes hypnotize you from beginning to end. The composition is masterful as the bridge hits you in the gut and the hook grabs you and hold you hostage.

This track has the ability to bust multiple formats including CHR, MOR and Country as a BREAKOUT in short order. I cannot wait to hear the complete effort.
This is a MUST LISTEN. On the Nor'easter Storm Scale, I give this a FORCE 4! WELL DONE LISA!

Hot Off The Presses