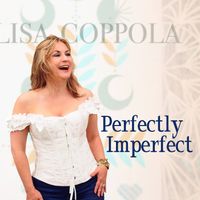 From the recording Perfectly Imperfect EP

IT CAN FEEL LOST AND LONELY LIVING IN SURVIVAL MODE
NO ONE TO TRUST – NO ONE TO CARE FACING THIS LIFE ALONE
THEN SOMEONE COMES – EXTENDS A HAND SUDDENLY YOU’RE FOUND AND THEN
YOU REMEMBER WHO YOU ARE THERE’S NO WAY TO KEEP YOU DOWN
WELL, WE’VE ESCAPED THE GATES OF HELL AND WE LIVED TO TELL
AND I’LL TELL YOU
WE’RE INVINCIBLE
THIS IS OUR TIME YEAH, WE’RE IN OUR PRIME
AND TOGETHER
WE’RE INVINCIBLE
YEAH, YOU’VE BEEN THROUGH THE DARKNESS LOSS AND DOUBT AND PAIN
THE TIMES YOU STUMBLED BLINDLY NEVER THOUGHT YOU’D SEE THE SUN AGAIN
SOMETIMES WHEN THE STARS ALIGN IT ALL CAN CHANGE IN A HEARTBEAT’S TIME
A MONTH OF STORMY MONDAYS THEN IT’S CLEAR AND YOU’RE ALRIGHT
YOU DON'T KNOW WHAT TO SAY? I'LL GUIDE YOU
YOU FEEL YOU LOST YOUR WAY? I'LL FIND YOU
YOU'VE GOT ME TO RELY UPON I'LL NEVER LET YOU DOWN
INSTRUMENTAL BREAK
CHORUS REPEAT OUT
© 2017 ANY OTHER NAME MUSIC (ASCAP); AN ANSWER FOR EVERYTHING MUSIC (BMI)
Page 2 of 2
INVINCIBLE (Lisa Coppola, Ray Powers)
‘Invincible’ was penned by co-performers Lisa Coppola and Ray Powers in the summer of 2016.
It was the duo’s second songwriting collaboration, composed just weeks after they finished ‘Let’s Make a Date’ which Megan Pennington recorded and released as a charting single.
With frenetic schedules in an ever-demanding and multitasking world, Coppola and Powers wrote the majority of ‘Invincible’ the way many do in the new millennium – over the phone, video conferencing and via email.
When they finally got together in the same room to sing on the demo, the vocal blend was perfect, and with a cocked eyebrow and a smirk - they nodded in silent assent.
When East Coast US producer Warren Hibbert III heard the demo, he insisted that Lisa and Ray cut the record as a duet before pitching it to any fellow recording artists.
One driven performer is a force with which to be reckoned. Two can be positively…Invincible.
‘INVINCIBLE’
Written and performed by Lisa Coppola & Ray Powers
Produced by Warren Hibbert III
© 2017 Any Other Name Music (ASCAP); An Answer for Everything Music (BMI)
Available on Bongo Boy Records and Any Other Name Music